Snowdrops: did you know?

As blankets of white creep into the gardens, Gardens Manager Mike Buffin celebrates the snowdrop with 10 fun facts.

1. There are estimated to be around 20 different species of snowdrops and most of these flower between January and March.

2. There are a few forms that flower during late autumn (November). 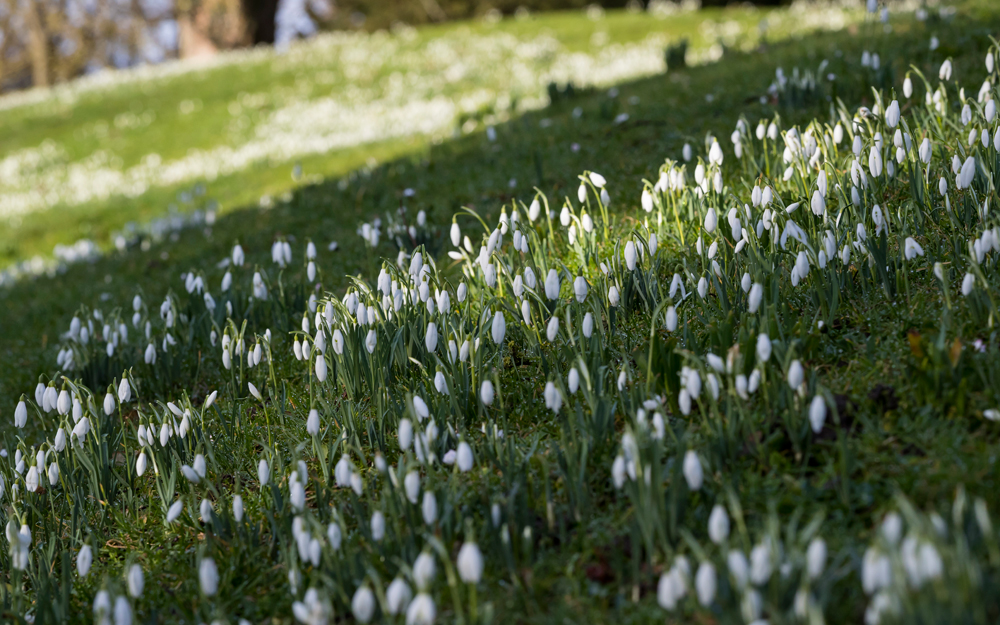 3. Snowdrop flowers are either single or doubles forms.

4. More forms of snowdrops are introduced each year and there are subtle variations in how the flowers develop and also a variation of coloured green or yellow markings on the flower. 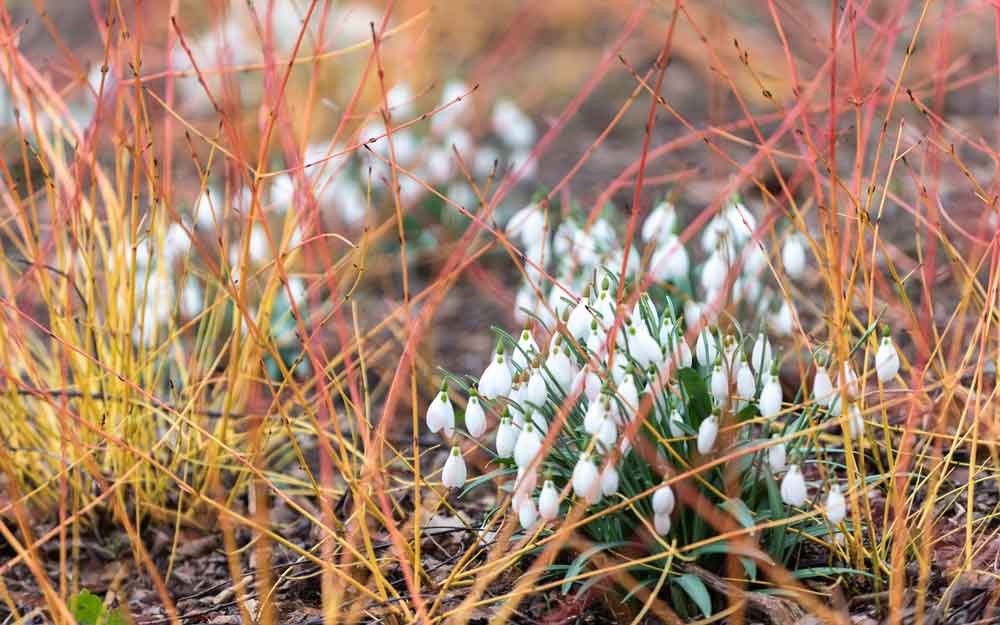 6. There are many avid collectors of snowdrops who are often referred to as galanthophiles.

7. The most commonly grown snowdrop at Waddesdon is Galanthus nivalis, the common snowdrop. Galanthus is derived from the Greek word ‘gala’ meaning milk and ‘anthos’ referring to the flower, while ‘nivalis’ means snowy. At Eythrope Gardens they grow over 70 different types of snowdrop.

8. There are many regional common names for the snowdrop including the ‘fair maid of February’, the ‘milk flower’, ‘Candlemas bells’, ‘common bells’, ‘little sisters of the snow’ and the ‘purification flower’. 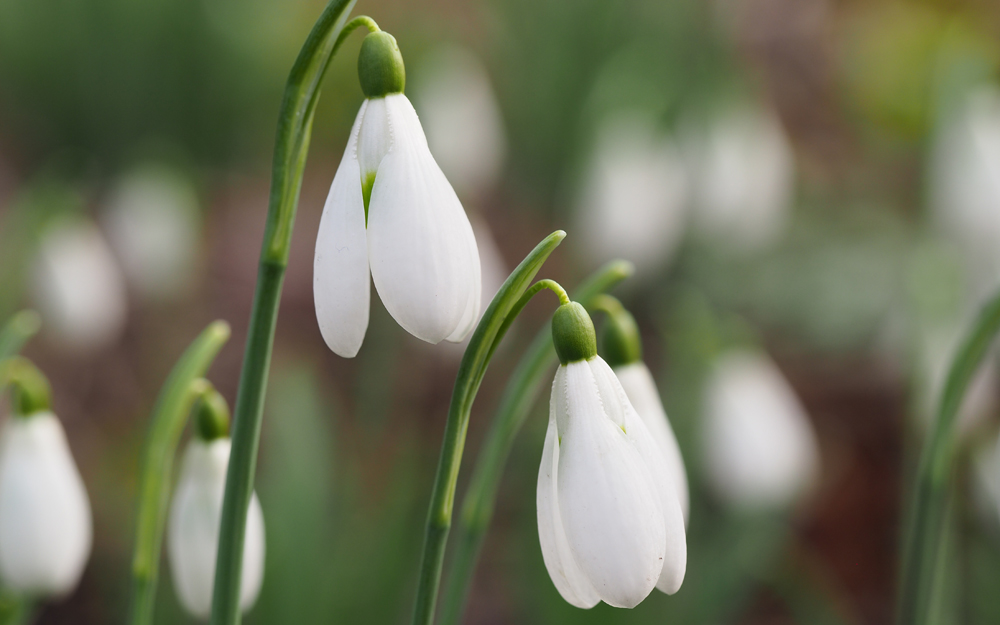 10. Snowdrop clumps can be divided after they flower in early spring, which is often referred to as ‘in the green’ or while the bulbs are dormant in June.

Where to spot snowdrops in the gardens at Waddesdon>