Located in a fairy tale round tower, the Bakst Room magically tells the story of Sleeping Beauty.

Artist, Léon Bakst, is best known for his work as a stage designer for the Ballet Russes, and these paintings are a rare example of his art in England during the Art Deco era.   They were originally commissioned by James and Dorothy de Rothschild for their London townhouse in 1913.  One of the reasons why they are so special to us is because members, friends and staff of the Rothschild family modelled for different characters in the paintings. Prince Charming was modelled on James de Rothschild, the Princess on his brother’s wife, and the puppy was based on Dorothy de Rothshild’s dog, called Muffin!

The seven panels depict different scenes from the story, following its narrative sequence.

Panel 1 shows the Bad Fairy casting a curse upon the Princess, meaning that if she pricks her finger she will fall into eternal sleep.

In panel 2, the Good Fairy is unable to undo the curse, but instead promises that the Princess will sleep for 100 years and will be awoken by a Prince who will marry her. 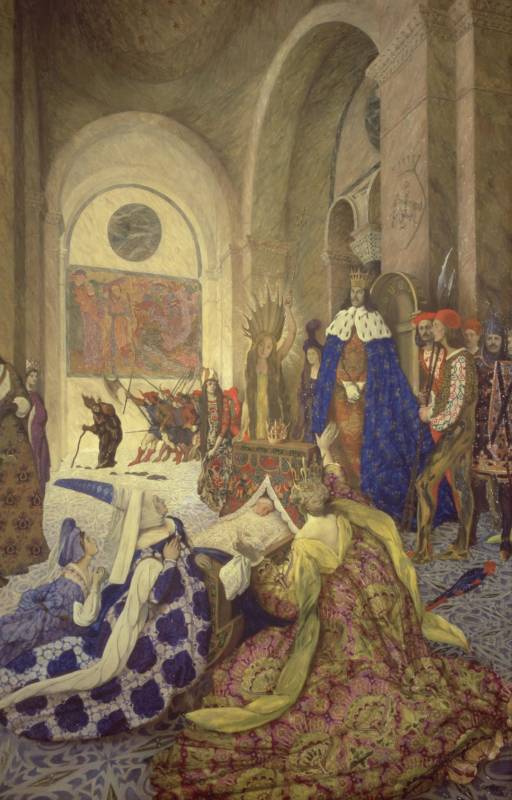 The Princess pricks her finger on an old woman’s spinning wheel in panel 3. 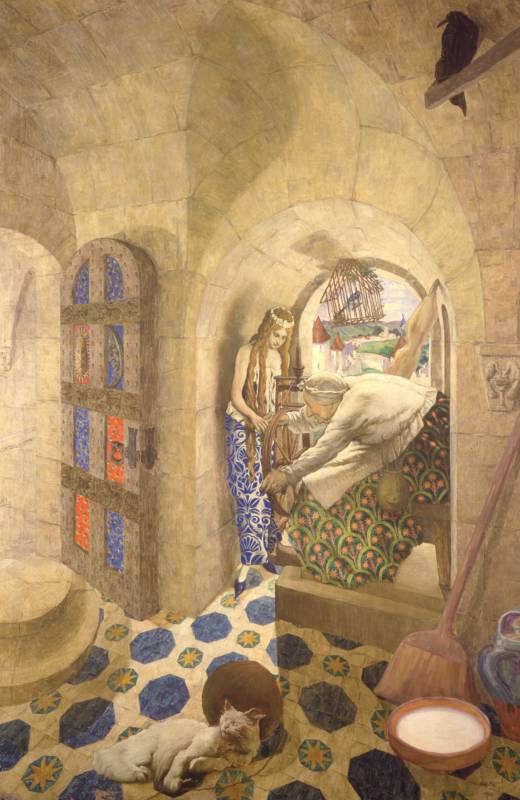 In panel 4 the old King pleads with the Good Fairy to keep her promise. 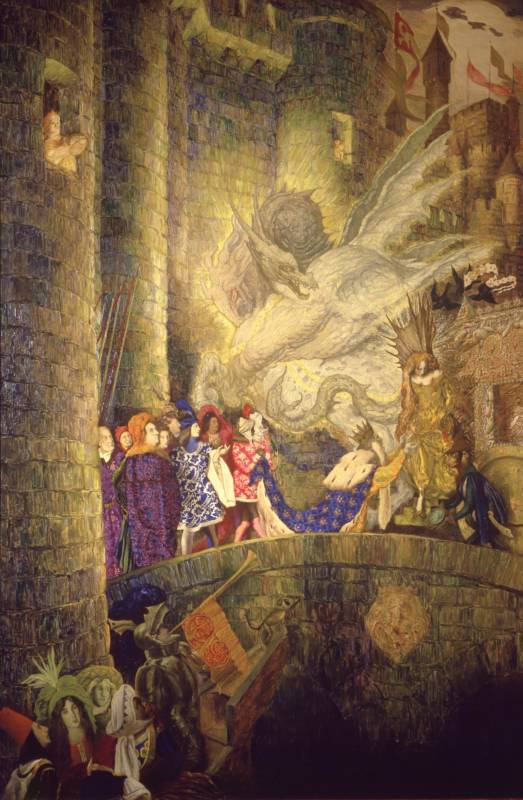 So in panel 5 the Princess and the court fall asleep for 100 years. 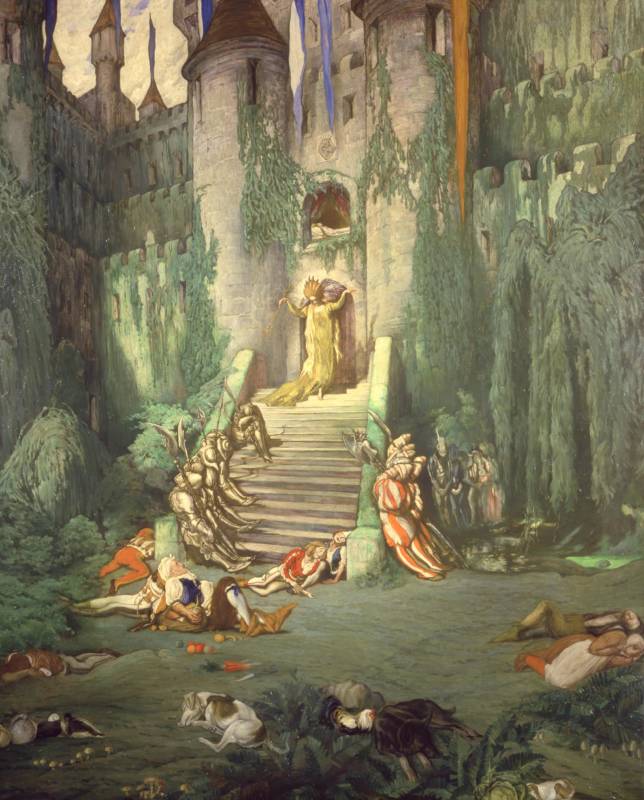 After a hundred years, panel 6 shows Prince Charming’s discovery of the palace hidden deep in the forest. 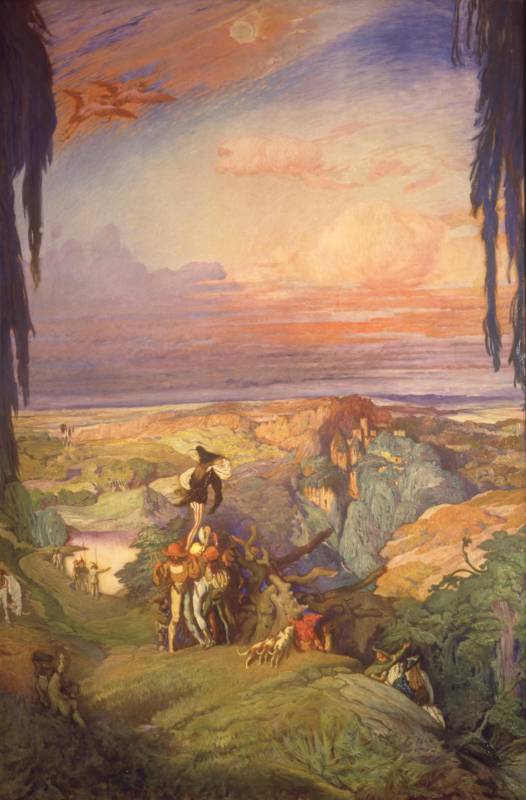 Finally the Princess is awakened with a kiss in panel 7.

These paintings are spectacular to see in person and you can find them on the first floor of the house. Luckily the Bakst Room is lined with comfortable sofas so you can sit for as long as you like to soak up their magic!