In the Morning Room, this large black lacquer desk has been reinstalled after a two year project to conserve the degrading lacquer and clean the gilt-bronze mounts.

The conservation project gave an opportunity to further explore this distinctive piece of furniture that stands at four metres high, which had previously been hidden to researchers looking for traces of it in the archives. 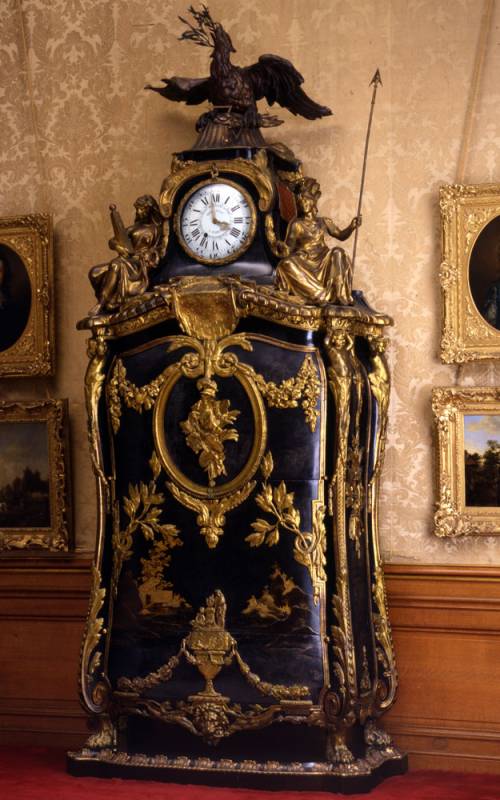 The combined drop-front desk, bookcase and clock by René Dubois thought to be made in Paris between 1772-76 was purchased by Baron Ferdinand de Rothschild in c. 1890 from Milton Hall, a country house in Northamptonshire that belongs to the Fitzwilliam family.

For a number of years, a varnish that was applied to the desk in the 19th century had been degrading, resulting in all of the lacquer, a mixture of 17th-century Japanese lacquer and 18th-century French imitation lacquer, being covered in an unsightly pattern of thin white lines. The desk was entrusted to Yannick Chastang, a specialist in the conservation of 18th-century French furniture, to conserve the piece.

You can see the conservation process and the cabinet being reinstalled to the Morning Room in this video.