Coming Up Roses with Nick Knight

Acclaimed fashion photographer and film-maker Nick Knight presents his rose images in the Coach House Gallery, but are they all they appear to be? Sue Herdman, editor at The Arts Society magazine, asks Knight for the thinking behind them.

Head of Collections & Gardens, Pippa Shirley describes the gardens at Waddesdon as an intrinsic part of Baron Ferdinand de Rothschild’s vision, with subsequent generations of the family adding to gardens in different ways through the decades. Roses too have always had a connection to Waddesdon, with Miss Alice, Ferdinand’s sister, having a rose garden at Waddesdon and indeed a rose named after her. Waddesdon’s collection is also full of depictions of flowers such as the precise paintings on Sèvres porcelain. In this exhibition Nick Knight marries cutting edge technology with the classic subject of the rose. Sue Herdman delves in deeper in this interview with Knight.

Nick Knight is fascinated by roses – but they have to be a certain type. Hybrid, not cultivated. Blowsy, beautiful and poetic. They need to fill a room with scent and have a hue that draws the eye. For years, as a passion project, Knight has been photographing the tea roses that grow in his garden. The images are powerful, sultry and surreal. No wonder, for roses have long been a lure for artists. We find them in early illuminated manuscripts and embroidered altarpieces. The blooms populate paintings, laden with symbolism, alluding to purity, jealousy and sensuousness. The Dutch masters cut roses to paint for their vanitas still-lifes before the blooms faded, conveying the message ‘enjoy life, for it is brief ’.

For some, the rose represented new beginnings: Vincent van Gogh committed rigorous, hopeful Roses to canvas shortly before his release from an asylum, the paint so thick it took a month to dry. Now, Knight’s contemporary take on roses will go on show at Waddesdon Manor – and it’s unlikely that you’ll have seen blooms such as these before.

Entitled Roses from my Garden, this series is the result of weekend mornings in Knight’s kitchen in west London, using his iPhone to make the images. Picking roses from his garden, he takes anything up to five hours to capture the forms, colours and petals. At times, the roses, he says, remind him of a couture dress. The composition has ‘to sound right – to have a melodic harmony. That’s the way I approach imagery,’ he explains, musing on whether he has a form of synaesthesia, the merging of senses that are not normally connected.

Making these images is an absorbing, solitary and meditative process – something Knight says he has been searching for all his life. It is the antithesis to his fast-paced practice, with days populated by people, lights, equipment and music. He creates dazzling fashion photoshoots for magazines such as Vogue, and edgy, beautiful videos for figures including Björk, Lady Gaga, Kanye West and Tino Kamal. His creative collaborations with designers – among them John Galliano, Yohji Yamamoto and the late Alexander McQueen – are legendary.

When he first contemplated photographing roses, Knight thought of past photographic flower studies by photographers such as Edward Steichen (1879–1973) . But Knight works outside the parameters of past photography. ‘Photography as a medium,’ he states, ‘has been put to bed. Being a photographer is not what I do anymore: it’s an old term that no longer applies. I am an image-maker. I can take an image on my iPhone and put it into a filter, change its background and shape, make a film out of it or even print it out as a 3D sculpture. These things were not possible before. The joy is that the phone camera has democratised image-making.’

Democratisation aside, it is Knight’s boundless curiosity and thirst for exploring technology that has led to these images. And, just like the petals on a rose, they have multiple layers. ‘I love old Dutch master paintings and earlier bodies of flower paintings,’ he tells me. ‘And, to an extent, these works are based on that love. When you first view these from a few steps away, their look appears to be based in the past. But I have no wish to mimic old paintings. Go closer and you’ll discover that these images are firmly placed in the future.’

‘I HAVE NO WISH TO MIMIC OLD PAINTINGS. GO CLOSER AND YOU’LL DISCOVER THAT THESE IMAGES ARE FIRMLY PLACED IN THE FUTURE’

He notes how the past represents reassurance, and the future fear. He looks upon this as ‘an interesting proposal’ for these rose works. Their suggestion of past vanitas paintings certainly, reassuringly, draws us to them. But once close, we see the digital brushstrokes. The sharpness of each image – particularly those that have been enlarged to seven feet high – has been exquisitely enhanced by the use of artificial intelligence (AI). Digital creative image editing via Google Topaz draws on centuries of data from older rose imagery. That data is used to fill the gaps in a low-resolution file, creating something, says Knight, that is a composite of the AI and the original image. The end result ‘is a bit like photography, a bit like painting, but is actually neither. It is a new thing. A new texture. The images are painterly, with beautiful washes of colour, but there is a brutality in the detail.’

How, then, do these images represent our fear of the future? ‘When people talk about AI,’ Knight counters, ‘they do so fearfully, yet that comes from a misunderstanding of how it can be used.’ The techniques used to create the images on these pages excite him about the possibilities for good that technology can bring. ‘I fight against a rose-tinted view of the past,’ he says, ‘and want us to endorse the future. We should celebrate ourselves as an extraordinary species capable of the innovation used to make these works. We have the ability to enhance what we have created, for the better.’ He urges those who are ‘artistic and culturally humane to be pushing technology forward’ as, in their hands, it can and should be used for the good.

While photography as a medium is moving forward fast, the elements that roses present remain, confidently, the same. Knight likes the big themes that the flower conjures. ‘It has a gently tragic, Victorian type of poetry: all roses bloom, then pass. Each one says: “Look at me, I’m beautiful, and then I’ll die”.’

‘THE END RESULT IS “A BIT LIKE PHOTOGRAPHY, A BIT LIKE PAINTING, BUT IS ACTUALLY NEITHER. IT IS A NEW THING’

He is also fascinated by our lack of understanding of exactly what we draw on when we make an image. ‘It isn’t sight that is our primary understanding of the world: it’s desire. It’s about what we want to see, feel and experience. That shapes our image- making. We are moulding the reality before us into what we are feeling. Image-making can be as false or fairy-tale as any other medium. Just as you don’t look at Rodin’s The Kiss and think it is real, nor should we approach these images as “real”. Remember that when making an image, we are often seeing things that we are not consciously taking in: the curve of a wrist that echoes the curve of a leg that echoes the curve of the landscape. When capturing those, we are responding to the emotion of what we desire, even if we aren’t aware of it.’

I ask Knight – photographer of supermodels and miners, heroin addicts and the Queen, and now these sublime, haunting roses – what his desires are for viewers of his exhibition. ‘I’d love people to be empowered to take pictures like this, to take part in the democratisation of photography,’ he says. ‘And to acknowledge that the technology being explored across the world – some in the hands of artists – is truly exciting.’ And what should viewers of these rose works make of their maker? ‘People don’t need to know anything about me,’ Knight says, ‘just that they were made by someone who cared, deeply, about humanity, nature, form and art.’ 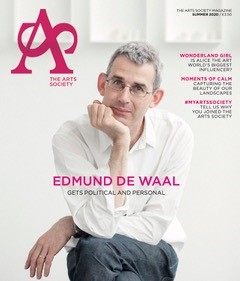 This exhibition is in partnership with Albion Barn and is free with pre-booked grounds tickets.

Discover garden highlights that include the Parterre, Aviary and Rose Garden.