With the arrival of spring, the gardens at Waddesdon are bursting into life and richly-coloured tulips are taking centre-stage.

The hard work done by our gardeners and volunteers last autumn is paying off and with tulip season truly upon us, Waddesdon is covered in swathes of these vibrant blooms. Although tulips have always featured in the spring bedding displays here, this year our Gardens Manager Mike Buffin has tried something new. Not only have tulips been used exclusively in the Aviary Garden this spring, but they have also been reintroduced to the aptly named Tulip Patch, for the first time since James and Dorothy de Rothschild were living in the house. 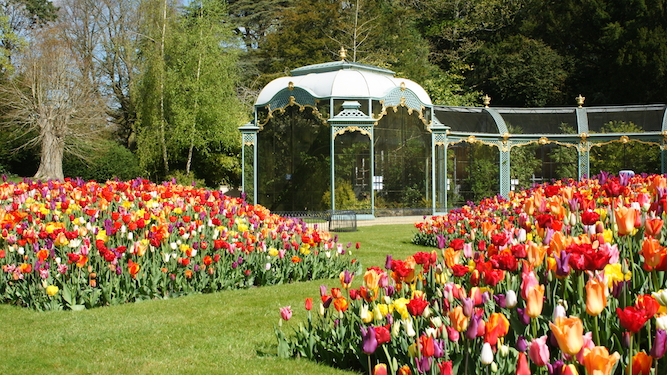 Tulip Patch
Waddesdon’s Tulip Patch is so-called because in Baron Ferdinand’s time, hybrid tulips from the Aviary Garden and Parterre would be transplanted to the Tulip Patch to naturalise (grow as they would in the wild), once they were past their best. Every year, more would have been added and although hybrid tulips don’t tend to naturalise as well as other bulbs such as daffodils, crocus and snowdrops, they probably flowered for around three years before fading. 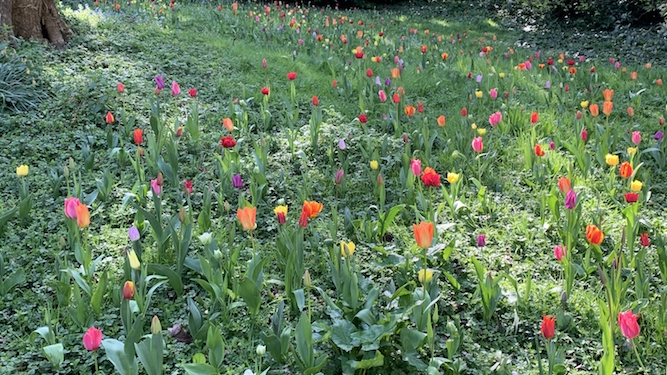 Last year, 5000 tulip bulbs from the 2019 spring bedding were dried and stored ready to be planted with the help of 800 local primary school children last October, as part of a special event run by our Education team. The children were so speedy that after two days they had already planted the 5000 bulbs! In total, they helped plant a massive 90,000 bulbs in several areas of the garden. 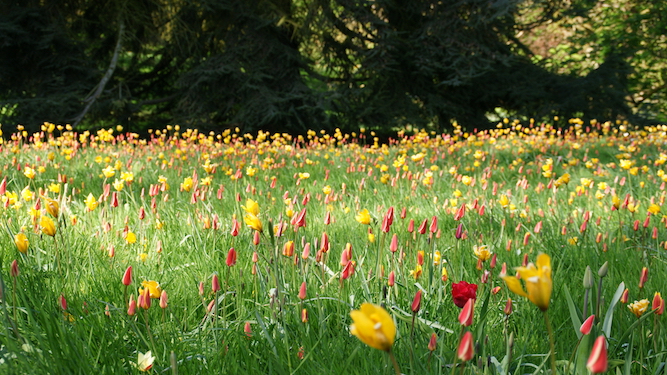 Meadow tulips were also added to the main grass area in Tulip Patch. This was done using a Dutch bulb planting machine supplied by Lubbe Bulbs. Amazingly, this meant around 35,000 bulbs were planted in just a few hours instead of the weeks it would normally take to plant by hand! Although the bedding tulips from the Aviary Garden will fade out after a few years, as they did in Baron Ferdinand’s day, the meadow tulips will naturalise in the grass and return year on year.

Success
Now that the tulips are out in full force, the effects of the planting are breath-taking. Mike is planning to enhance the displays each year and we hope that the annual bulb planting with local schools will become a regular Waddesdon event. 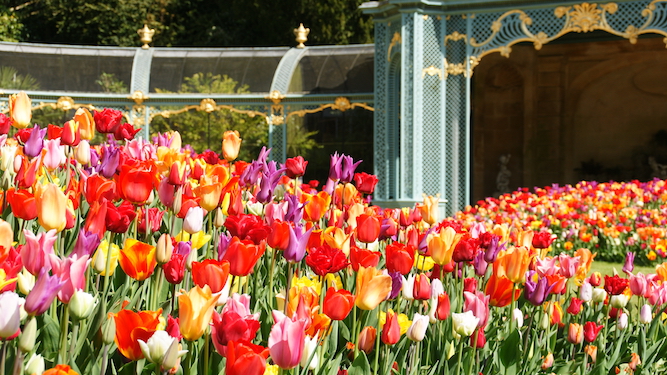