Following the Government’s most recent announcement that ticketed outdoor attractions may now open, we are delighted to confirm that we will reopen the grounds and car park from Wed 3 June. All visitors must pre-book their visit. Please note that the next two weeks are now sold out, new tickets will be released on Fri 5 June.

August’s almanac - The August Alliance between the Houses of Bourbon and Austria, 1771

This almanac celebrates the marriage of the future Louis XVI and the archduchess Marie Antoinette of Austria.

The event created an important alliance between countries that had long been enemies.

The central scene is allegorical, it shows Minerva overseeing the writing of the event into the book of History. The two winged figures are Hymen, god of Marriage, and Cupid, representing Love. This scene and the explanation along the bottom were copied from a higher quality print.

Modern copyright laws did not yet exist, although some protection was offered through expensive royal privileges. It was much easier and cheaper for a publisher to copy an existing image rather than to pay an artist for a new one.

We’ve also developed a new digital interactive for the almanac for the year 1688. Try for yourself, zoom in and scroll around to see the details, and click on hotspots for more information and translations from the French. 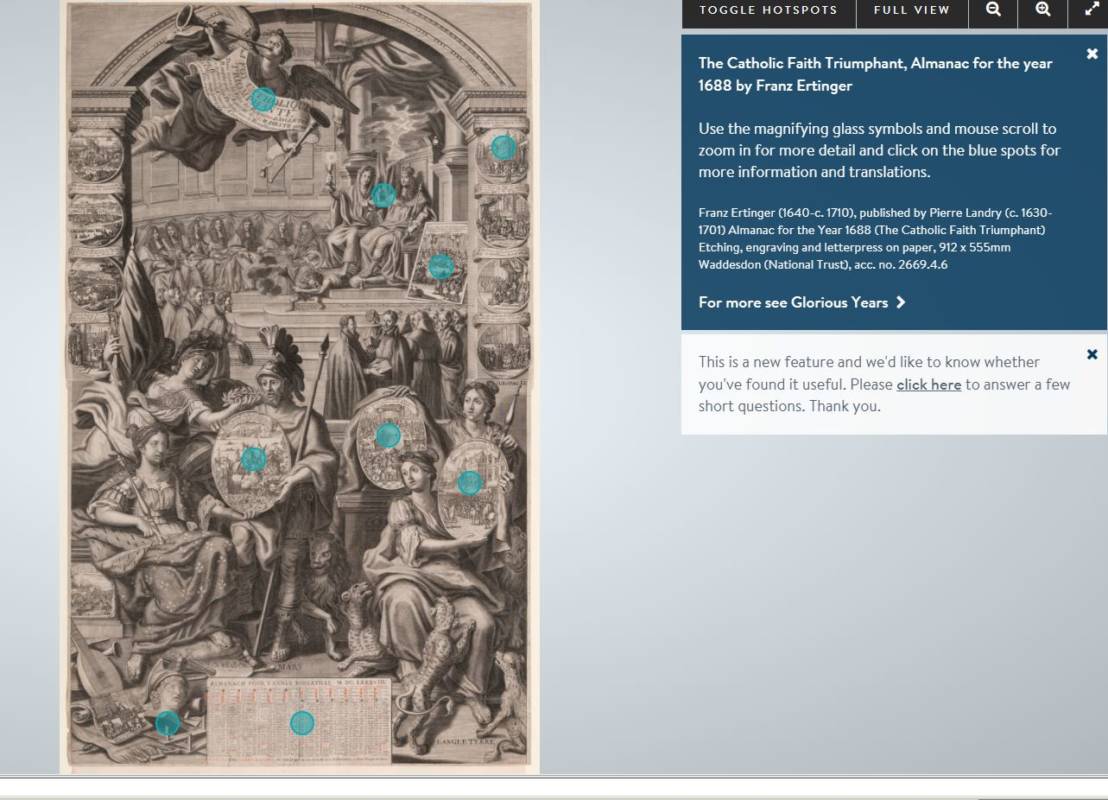